Do you want to know what foods burn fat? The foods listed below can be used to magnify the effects of your diet and exercise plan, leading to more fat loss.

You and I both know that exercise is essential for shedding fat. It helps create that calorie deficit you need to lose pounds.

And you know that eating less is probably a good idea too...

Before I get started, though, I want to be crystal clear. Even though these foods my boost your metabolism for a short time, or help you to burn more fat, if you eat more calories that you burn each day - no matter where those calories come from - you wont lose weight.

That means that just adding these foods to your diet is not going to work on its own. They are an enhancement to the fat burning process, not a substitute for it.

So, what foods burn fat? Ok, I have kept you in suspense long enough...

"To People Who Want To Burn Fat - But Can't Get Started"

FREE:Want to increase your fat burning?
Grab your complimentary subscription to Middle Management™ and get Ben's FatBurners 101™ videos now...

The subscription is FREE and only available through this offer.

Join below and receive your first lesson immediately without any delay. 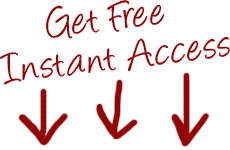 So there you are - 7 foods that help burn fat. I am going to keep expanding this list, but these will get you started.

If I said it once, Ive said a trillion times - none of these things are a magic bullet. They can only enhance a good diet and exercise plan, not replace it.

There might be a few surprises on my list of what foods burn fat, but you also probably see a lot of common sense on there as well.

So, make a grocery list, and start putting some of these foods in the rotation!